If one steps into the rooms of the artist Hans Christian Ribbe, one imagines himself in a studio of the painter princes of the 19th century. An atmosphere of sensual and exclusive density surrounds the visitor. In addition to paintings of the sea, there are portraits of well-known personalities from business, aristocracy and culture to discover. Especially in the genre of portrait painting, Ribbe has gained an international reputation in recent years.

Ribbe’s artwork can be found in private collections of the European aristocracy such as Saxe-Coburg and Gotha, Hardenberg and renowned families such as Porsche, Fielmann and Sachs.

Like all the good realist painters Ribbe has the ability to create powerful fictions in and around his subject. He is well known for his nuanced use of color and close value, a characteristic brushwork often leaving areas of bare canvas in between, exquisite detail and a unique 3 dimensional appearing technique. The loose brushwork with an open touch gives an emotive vibrancy to his work and whilst his pictorial fluency on the one hand is traditional in the adherence to the felicity of the physical appearance, is on the other hand, deeply evocative. Ribbe’s vision of style and beauty in contemporary art is innovative yet at the same time references the classical elegance of the great masters of the late nineteenth century. Ribbe currently works and resides on the countryside closed to Paderborn.

“It is particulary in the portrait of people that the artist reveals himself and his view of the world.”

Ribbe grew up in the American section of the divided city of Berlin. As a child he spent a lot of time in his mothers fashion-design studio watching her draw which inspired him to take up a passionate interest in the arts. Before graduating high school a friend of his family, the famous sculptor Prof. Bernhard Heiliger, who was the director of the Art Academy of Berlin, was instrumental in guiding the young artist in his early years and he encouraged him to embarke on the artist career and invited him to study at the academy as soon as possible. Exactly at the same time his father’s fashion-company unexpectedly collapsed forcing an acute change in circumstances for the burgeoning painter.

For this reason Ribbe decided to study visual arts instead of fine art in Hamburg where he excelled in figurative painting and finished first in class. The following years saw Ribbe working as a freelance art director designing brands, packagings and even interiors for a wide variety of clients such as Davidoff, Reemtsma, Fererro, Aigner, etc. Despite winning several awards for his work and more lucrative job offer, his passion remained in the studio and in front of a canvas in order to be able to give flight to his creativity and so after a tenyear spell in commercial art and design he finally decided to focus full time on his fine art career whilst perfecting his own style and technique in his specialty, portraiture and seascapes. Since his first solo exhibition in Berlin in 1993, Ribbe has exhibited internationally. His first U.S. show was in New York City in 2008. He received further attention with portraits of leading dignitaries of the United Arab Emirates, like Rashid Al-Habtoor. Hans Christian Ribbe portrays people of our time in classical style, but in such an haunting and lasting way that counteracts today’s volatility of the so-called zeitgeist and thus develops its special magic. As a designer and creative-director, he also works with enthusiasm, as long as an idea interests him and he is convinced of the project.

“Berlin based artist Hans Christian Ribbe is a salon painter in the best sense.
Who could illustrate our lead story on „the new generation of very handsome sopranos“ better?”
Cicero Magazin

“It is not just your studio, I am deeply impressed by the outstanding portrait you have done of me.
It’s a piece of art that will be of lasting value to me and which has deserved a rightful place in our gallery.”
Andreas Price of Saxe-Coburg and Gotha

“Those splendid paintings which have been made of us, are not only of vast and lasting value for us – they are simly a great pleasure.”
Carl Count of Hardenberg

“A marvelous picture – these are really my children.”
Susanne Porsche

“After you have painted all members of our family, we would like to express the highest recognition for your paintings.”
Sachs Family 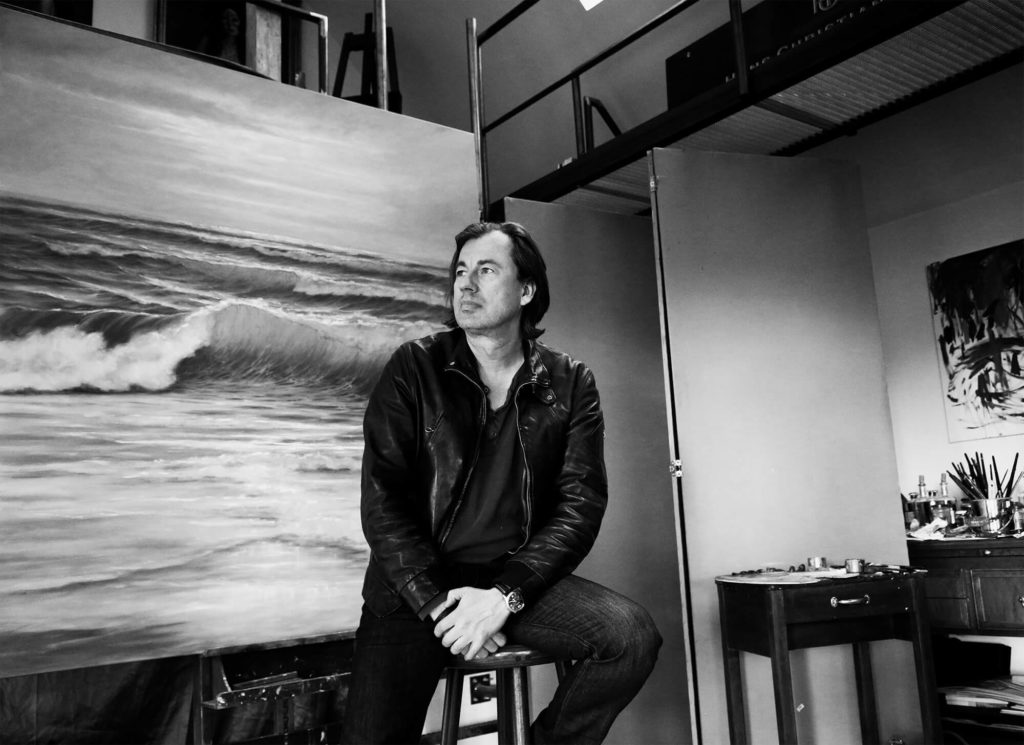